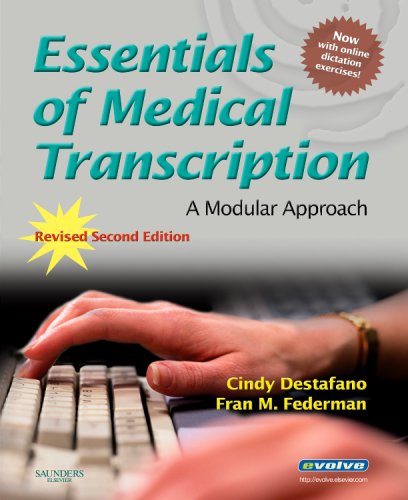 A MT is the paralegal of the medical world. This profession dates back to the 1960’s. Medical transcription has evolved with the times; starting on a manual typewriter, then moving to an electric typewriter, word processor, computer, laptop, smart phone, voice recognition software and whatever may come next. However, the real question here isn’t where medical transcription came from, it’s where is it going?

The healthcare world is evolving and with every evolution comes change. The changes in healthcare over the past few years has been quite dramatic. With Obamacare now in the mix, new medical reform questions arise.

The future of Medical Transcription is still very bright. However, change is on the horizon. First and foremost, MT’s are not longer called MT’s; they’re now referred to as “MLS”, Medical Language Specialists. A MLS editor is responsible for fixing problems the Voice Recognition software or outsourcing may have missed or overlooked.

The downside is that this way could potentially take longer to complete than that of a high-speed MT. A MT would transcribe all of the dictation themselves, so there’s no additional program to work with that has the ability to slow work down. However, companies are implementing voice recognition software and outsourcing to save money.

When a machine can do the same duties as a human at half the cost, what do you think the company will do? And if outsourcing to another country is cost effective why would they pay double or triple here in the US? That is exactly what’s happening in the Medical Transcription world, and frankly in most other areas of the world.

The salary for a Medical Transcriptionist used to be somewhere around 55k-60K a year, not bad pay. However, those days are long gone, and the average annual salary is now more in the 25k-30k range. Although the profession is technology advancing, with budgets like that, it looks more like regressing. In the 70’s and 80’s, Medical Transcribers averaged about three dollars an hour, and although times were different back then, more work and time went into the job with little compensation. As years passed, MT’s began earning salaries they deserved, but the future of Medical Transcription seems to be heading backwards as far as salaries are concerned.

Due to budget cuts, career transcribers or “old timers” don’t want to work for so little pay, so instead quality MT’s are replaced by young, hopeful students straight out of school who will accept almost any pay just because they’re grateful to have work. Replacing quantity over quality will catch up soon enough.

Medical Transcription has also become more of an independent contracting job instead of a guaranteed eight hour work schedule. There are a number of pros and cons to this change, but it really depends on the person or persons involved.

The biggest concern for the future of Medical Transcription is the fact that doctors are now using computers, laptops and tablets to record patient charts. These technological advances could harm the MT/MLS world. However, for the time being, don’t fret. Medicine is going nowhere; people become patients every hour of the day, and documents still need to be transcribed. The future of Medical Transcription is still good, at least for now!

Leake & Co. Inc. is a participant in the Amazon Services LLC Associates Program, an affiliate advertising program designed to provide a means for sites to earn advertising fees by advertising and linking to amazon.com.
↑